The Internal Revenue Service has expanded its “Fresh Start” initiative to help struggling taxpayers who owe taxes. The following three items explain the expanded relief for taxpayers.
Penalty relief Part of the initiative relieves some unemployed taxpayers from failure-to-pay penalties. Penalties are one of the major factors a financially distressed taxpayer faces on a tax bill. The Fresh Start Penalty Relief Initiative gives eligible taxpayers a six month extension to fully pay 2011 taxes. Interest still applies on the 2011 taxes from April 15, 2012 until the tax is paid, but you won't face the failure-to-pay penalties if you pay your tax, interest and any other penalties in full by October 15, 2012.
1.  PENALTY RELIEF
*Wage earners who have been unemployed at least 30 consecutive days during  2011 or in 2012 to this year April 17 deadline.
*Self-employed individuals who experienced a 25 percent or greater reduction in  business income in 2011 due to the economy.
TO QUALIFY for this penalty relief, your adjusted gross income may not exceed $200,000 if married filing jointly or $100,000 if filing status is single, married filing separately, head of household or qualifying widower. Your 2011 balance due can not exceed $50,000.
2.  INSTALLMENT AGREEMENTS
An installment agreement is a payment option for those who cannot pay their entire tax bill by the due date. The Fresh Start provisions give more taxpayers the ability to use streamlined installment agreements to catch up on back taxes and also more time to pay.
3.  OFFER IN COMPROMISE
Under the first round of Fresh Start in 2011, the IRS expanded the Offer in Compromise (OIC) program to cover a larger group of struggling taxpayers. An Offer in Compromise is an agreement between a taxpayer and the IRS that settles the taxpayer's tax liabilities for less than the full amount owed.
Generally, an offer will not be accepted if the IRS believes that the liability can be paid in full as a lump sum or through a payment agreement. The IRS looks at the taxpayer's income and assets to make a determination regarding the taxpayer's ability to pay. 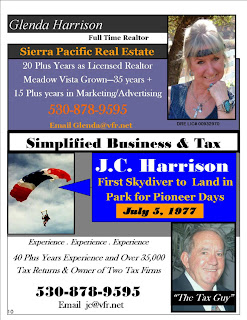 Posted by meadowvistaview at 10:24 AM