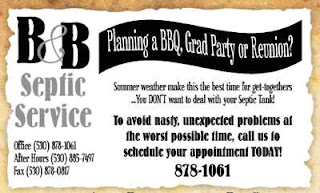 Written by ‘Uncle Josh” in the February 1966 edition of the “Foothill Folks”.

George Lay, local realtor, was thrown from his mule Tuesday of this week and sustained a dent in his derby. The next time his mule goes to throw him, he will remove his hat.
Cliff Ramos opened his campaign as a candidate for office at the M.V. Hog Callin’ Jamboree on the 15th of Jan. He has not yet decided what offices he’ll run for.
The Excelsior Earwigs, our local dance band, rendered some excellent music at Bear Creek Lodge a few days ago. According to its leader, Fred “Spike Jones” Hammer, of Auburn Music Store, several people bragged on the music so much the band played everything it knew.
Mr. Roberts, Weimar postmaster, sees no need of a moon since he got his new lamp.
Vic Simpson’s calf has been missing for several days, and in search for it, he is leaving no stone unturned.
Jim Riboni, our widely know rat-trap inventor and hardware man, has returned from a flying trip to Bounding Bowman and Applegate neighborhood and other points, where he tried out under various conditions his newest invention, which will no doubt prove a big success. The new device is on the plan of a clock, with a pendulum swinging back and forth fast...Bait is placed on the pendulum, and the rat begins to chase it back and forth until he becomes disgusted and leaves.
Posted by meadowvistaview at 5:10 PM

Email ThisBlogThis!Share to TwitterShare to FacebookShare to Pinterest
Labels: 2012 3 June July Issue, b and b septic, meadow vista history