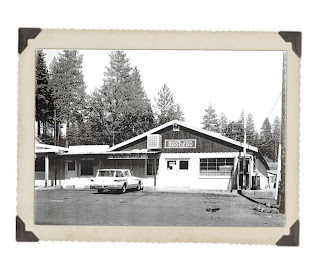 I had the wonderful pleasure of interviewing Cliff Ramos for this article.  I could have spent the whole day listening to his captivating stories about Meadow Vista and his amazing life.  All the information in this article comes directly from Cliff's memory, with the help of his beautiful wife, Pat.  If any information is erroneous, we apologize and welcome comments to the contrary.
You probably weren't aware that the building which currently houses Curves housed Meadow Vista's second grocery store.  The actual acreage was the site of the original Meadow Vista Grocery Store, Post Office and Gas Station which was built between 1948-1949 .  The Glason family had originally owned the acreage and sold it to the Caples family who built the original building.  Cliff's Ramos' parents, Stanley and Amelia Hein, bought the building and business in 1950, which at that time was only the grocery store and gas station.  Their residence was in the back of the building.  Cliff bought the grocery store and gas station businesses from his parents in 1951.
In 1952, Cliff's parents added a Post Office to the building.  On May 1st, 1952 Cliff Ramos was sworn in as Meadow Vista's first Post Master.  Customers would have to walk through the grocery store to enter the post office.  That same year Cliff asked his parents to build a feed store, which they attached to the grocery store.   Cliff and his wife Pat ran the Post Office, Feed Store, Grocery Store and Gas Station from 1951-1957.
A new grocery store was built around 1957-1958 and the Ramos' continued to run it until 1972.  Their first employee was Dana Buchanan, who worked as a clerk in the grocery store while attending Placer Hills School.  The Ramos' averaged 7 to 8 employees at a time and probably employed close to 50 locals during their ownership.  Ann Ogelsbee along with her daughters and Vesta Giacamazzi were some of the local employees.
In 1955 Cliff bought the surrounding acreage behind the building.  He dug out for parking and created an area to build a real estate office for Pat Buchanan, which is the building attached to the right of Curves next to our current Post Office.  This building currently houses Osborn Rockwalls and was built in 1959. 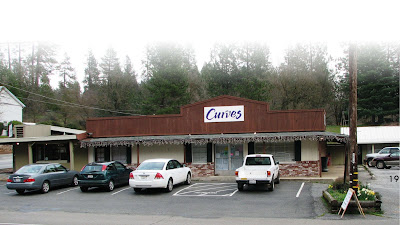 The building which currently houses Ambiance Hair Salon, the Barber Shop and Time for Living Hardwood Flooring weren't attached to the grocery store.  13 feet used to separate the two buildings.  Around 1960, the post office was removed from the grocery store to the area between the two buildings. The grocery store and post office businesses were growing rapidly.  In 1967 Cliff removed the post office from this site to add extra space to the grocery store.  He then built the Post Office building which stands and operates today. The Colfax postal route used to deliver mail to Meadow Vista and Clipper Gap until 1961-1962.  Cliff took over the Meadow Vista rural route around 1962 and Claire Porter was the first postal carrier and Vesta Giacamazzi was her sub.  When Claire retired, Vesta became the postal carrier and when Vesta retired Jim Riboni took over.
In 1972, Cliff left his many duties in Meadow Vista and took over the job of Nevada City Post Master.  Bea Kirkham then became Post Master of Meadow Vista.  Between 1973-74 Cliff and his wife sold the grocery business to Floyd Deal.  This business sold several times, with Jim Walsh being the last grocery store owner in that location.  A new grocery store was later built where our current Holiday Market resides.
In the 1980's, the building became True Value Hardware.  Mark and Shelly Barbier bought the business in 1992.  They remained in that location until 2003 before moving to their current location.  Curves took over the building in August 2003 and remains today. 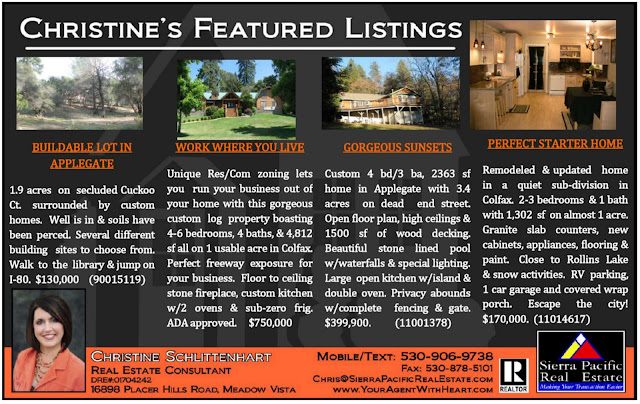 Posted by meadowvistaview at 4:53 PM