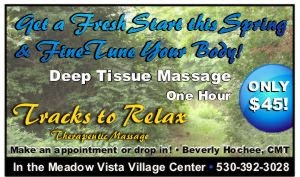 Vastly improved home prices over the past five years have changed the landscape of California’s distressed housing market, which is now just a fraction of what it was during the Great Recession, the CALIFORNIA ASSOCIATION OF REALTORS® (C.A.R.) said today.
In January 2009, 69.5 percent of all homes sold in California were distressed, which includes short sales and real estate-owned (REOs) properties. Five years later, that figure has shrunk to 15.6 percent.  More specifically, REOs comprised 60 percent of all sales in January 2009, while short sales made up 9.1 percent of all sales but rose to as high as 25.6 percent in January 2012. Short sales currently make up 9.2 percent of all sales.
During the same time period, California’s median home price has soared more than 64 percent from $249,960 in January 2009 to $410,990 in January 2014.
“The dramatic drop in the share of distressed sales throughout the state reflects a market that is fully transitioning from the housing downturn,” said C.A.R. President Kevin Brown.  “Significant home price appreciation over the past five years has lifted the market value of many underwater homes, and as a result, many homeowners have gained significant equity in their homes, resulting in fewer short sales and foreclosures.”
The statewide share of equity sales hit a high of 86.4 percent in November 2013 and has been above 80 percent for the past seven months.
In some of the hardest hit California counties, the distressed market in January 2009 was 93.6 percent in Stanislaus County, 93 percent in San Joaquin County, 89.5 percent in San Benito County, 86.1 percent in Kern County, 85.6 percent in Sacramento County, 84.2 percent in Fresno County, and 83.6 percent in Monterey County.  The distressed market now has shrunk to 24.8 percent in Stanislaus,  25.1 percent in San Joaquin, 17.5 percent in San Benito, 18.4 percent in Kern, 19.9 percent in Sacramento, 26.3 percent in Fresno, and 16.9 percent in Monterey counties.
Of the reporting counties, San Luis Obispo, Orange, Santa Clara, and San Mateo counties held the lowest share of distressed sales in January 2014 at 10.2 percent, 9.5 percent, 7.7 percent, and 6.8 percent, respectively.
Find this article at: http://www.car.org/newsreleases/2014releases/distressedmarket  California Association Realtors Web Site. Posted by meadowvistaview at 10:41 AM