The Filipino Impact in America

The Rev. Romy Velasco, born and raised in the Philippines, upon graduation from high school in 1970 was encouraged by American missionaries to become a preacher.  In 1987, he came to America, earned a Master of Divinity degree, and pastored churches here for 25 years. For the past two years he has been the talented and energetic pastor of the United Methodist Church in Meadow Vista.

• Pastor Romy, why do Filipinos want to come to America?  Why did you come?
My parents were liberated from the Japanese occupation by American soldiers in 1944, and they taught me great respect for Americans.  I was often reminded of the debt we owe America. Whenever I saw an American, I wanted to bow and say, “Thank you, thank you for saving my country and my family.”  I wanted to come to America to show my gratitude, as have many other Filipinos, but most come for the employment opportunities here that are not available in the Philippines.  At first many farmers came, but now most come for professional and service positions.  According to the 2010 census, the unemployment rate of Filipinos in the U.S. is only 5%, much lower than that of the general population.
• Are there many Filipinos living in the U.S.?
Yes, according to the 2010 census, the number of Philippine-born people in the U.S. was 180,000. Plus, many of those have America-born children raised the “Filipino way.” My three daughters, born in the Philippines, married American men here.  Now my six grandchildren are being raised the “Filipino way,” with a little of the “American way” mixed in.
• What do you mean by the “Filipino way” of raising children?
Filipinos raise their children in a special way.  Filipino relatives usually live together, so when Filipino babies wake, there is always someone there to cuddle and rock them.  Also, there is no pressure to potty-train nor to eat like adults at the table.  They are spoon-fed until they are nearly six years old.  The growing child is included in the activities around the house and gradually learns to be helpful.  But I think the biggest difference is that children are consistently taught self-esteem, respect for authority, and the importance of education.  They must be doing something right, because the literacy rate for all adults in the Philippines is 96%, including many primitive tribes in the mountains and the poor living in shanty towns around the big cities.
• Do Filipinos have other, unique customs?
Oh, yes!  The Philippines are blessed with an abundance of rice, served at every meal, and with sea foods, served almost daily, and with year-long supplies of fruit.  For special occasions guests are served Léchon, a roasted pig whose brown crust is cut into delicious strips. Everyone is invited to come and try some Léchon at our Filipino Festival on Saturday, September 15, from 10:00 to 2:30 at 17250 Placer Hills Road.  With the help of many Filipino friends, we are serving a variety of authentic, delicious Filipino dishes followed by exciting Filipino entertainment clearly showing the impact of the Filipino culture on America.   (Adult reservations are $10. Call 530-878-0651 or 878-8087. Limited to 150 people.) 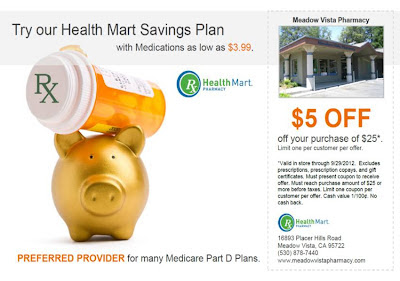 Posted by meadowvistaview at 4:24 PM