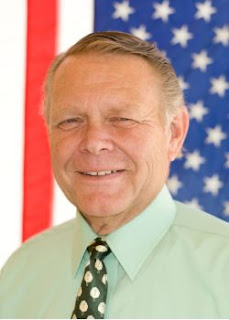 Dave Johnson has been selected as the recipient of the Meadow Vista Community Service Award for 2015. Dave, his wife Dana and their two children moved from Southern California to Weimar in May 1976. A year later they opened “Dave & Dana’s Donut Hole” and served delicious pastries and Pioneer Day “Meadow Muffins” to Meadow Vista for the next 7 years. He’s has been an active member of the Meadow Vista Lions Club since 1977 which included playing “Santa” for over 30 years for Christmas in the Village. He has also served as a Lions District Governor and Council Chair.
His passion for helping the children succeed has extended into many areas of the community. He has served as a Y-Indian Guide Leader and Cub Scout Master - often paying for scout registration dues for kids, who could not afford it otherwise, to ensure everyone had a chance to participate. He continues to stay involved in the local scouting programs as a Golden Empire Scout Commissioner.
He served on the Placer Hills School Board for 12 years advocating to “do the most good for the most students” by working with teachers and the community to better local education and activities. With very little knowledge of the sport, he helped establish the Meadow Vista Youth Soccer League and coached for several years. He also actively advocated to establish girls soccer at Colfax High School and was president of the CHS Football boosters. It was during this time, he made it a personal mission to get lights installed at the high school - a dream realized in September 1990.
Dave is currently a Real Estate agent for Coldwell Banker in Auburn yet amidst his busy schedule, he continues to give countless hours of support to our local communities. He continues his 25 year run as the announcer for Colfax High School Football games and has added Colfax Jr. Falcon games to that highlight. He has been the president of the Auburn Old Town Business Association for 2 years and recently became the president of the Auburn Chamber of Commerce. This year he will continue to serve as the Master of Ceremonies for Pioneer Day.
Few can argue that Dave is dedicated to community service and our town continues to reap the rewards of his efforts. Please join us in congratulating and honoring Dave Johnson with this award and our gratitude. 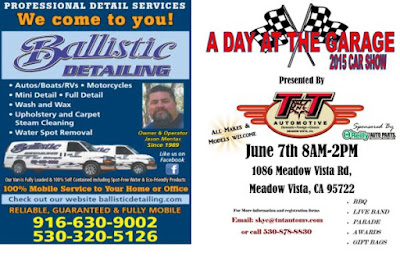 Posted by meadowvistaview at 12:11 PM