Motrin - Safe or Not Safe?

In the past few years, the safety of anti-inflammatory drugs has increasingly come into question.  These drugs include some of the most popular OTC medications taken by Americans.  They include ibuprofen (Motrin®), naproxen (Aleve®) and aspirin and are often referred to as NSAIDs (non-steroidal anti-inflammatory drugs).   Most people in pain start with acetaminophen (Tylenol®).  Acetaminophen can safely be consumed over a long period of time when taken at appropriate doses.  However, acetaminophen works only on pain and not inflammation and often is not strong enough to control a person's pain.  NSAIDS, on the other hand, can help control both pain and inflammation and may be a stronger pain reliever than acetaminophen.
Americans consume a lot of NSAIDs.  The U.S. Food and Drug  Administration (FDA) estimates that each year Americans receive 70 million prescriptions for NSAIDs and this does not include the use of OTC forms.  Unfortunately, as useful as they are for pain and inflammation, they also are well known to cause many serious problems, such as gastrointestinal ulceration.  Ulceration may be severe or even life-threatening.  Other problems may include fluid retention, hypertension, or liver and kidney disease.
Recent studies have raised new concerns regarding heart disease and the use of NSAIDS.   Two prescription NSAIDs, Bextra and Vioxx, have been removed from the market because of their heart risk.  In 2015, the FDA issued new warnings on both OTC and prescription NSAIDs.  They include the following:
• The risk of heart attack or stroke can occur as early as the first weeks of using an NSAID. The risk may increase with longer use and higher doses.
• NSAIDs can increase the risk of heart attack or stroke in patients with or without heart disease or risk factors for heart disease.
• Patients with heart disease or risk factors for it have a greater likelihood of heart attack or stroke following NSAID use.
• Patients treated with NSAIDs following a first heart attack were more likely to die in the first year after the heart attack compared to patients who were not treated with NSAIDs after their first heart attack.
• There is an increased risk of heart failure with NSAID use.
In a recently released trial called Precision, the safety of celecoxib (Celebrex®) was compared to other NSAIDs.  This study showed a lower rate of heart disease with celecoxib use than with other NSAIDs.   It concluded that celecoxib in moderate doses did not significantly increase the likelihood of heart attack or stroke.
These recent revelations regarding NSAIDs demonstrate the importance of being careful when using both prescription and OTC anti-inflammatories.  This is particularly the case for individuals with a history of gastrointestinal, stroke or cardiac disease.  Consult your healthcare professional if you need to use these medications for longer than the packaging recommends. 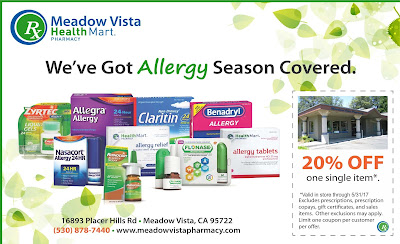 Posted by meadowvistaview at 6:42 PM