How would you like to have a 'magic wand' at your disposal for use in your relationship? To be used when your partner says stuff like, 'Can't you pick up after yourself'? Or, 'Can't a man get some peace around here?'. Or any other of those annoyed remarks that have a tendency to spiral down into further un-pleasantries. And how about if this 'magic wand' had the ability to totally diffuse the frustration and put you right back on the track of productive conversations and increased intimacy.
Before we get to what that 'magic wand' is, let's talk a bit more about the situations where the magic tip will come in handy and what goes on in them.
Here are few examples we hear from couples in our relationship workshops: He doesn't pick up after himself. She's always on his back about his eating habits. She can't connect with him, because he's too distracted. They can't agree on how to spend money. Whatever it may be these are examples of recurring complaints in the relationship.
What do you normally do with that? Well, you try to make it better. You tell your partner to quit doing that thing that drives you crazy. You say, for example, 'Do you HAVE to leave your clothes on the floor!? Am I the only adult around here?' Or you tell her in a frustrated tone of voice, 'Why do we always have to talk about my feeeeelings? Can we just have a rational conversation about this?'
And have you noticed how that never works? It doesn't matter how many times you tell him or her, they don't change! They just keep doing that thing! What is up with that!
What actually happens when you state your complaint and point out what your partner does that annoys you, is the exact opposite of what you'd LIKE to see happen. They become even more persistent in their behavior. Which in turn annoys you even more. And now you're spiraling doooooooown.
But it actually makes sense. Just think about it from your own experience. When your partner says to you, in an irritated tone, 'You NEVER listen to me!', does that make you want to relax and really listen? No, you just want to tell them, 'Because you always say the same things; now buzz off!'
An irritated remark like that only invites another irritated remark in response. Nothing else. That brings us the magical relationship tip, the 'magic wand'. As most real magic, it's exceedingly simple. But don't let its simplicity fool you, it's exceedingly efficient.
Here goes: Whenever your partner has a complaint, or says anything they're annoyed about, say in response, 'Thank you for wanting that'. 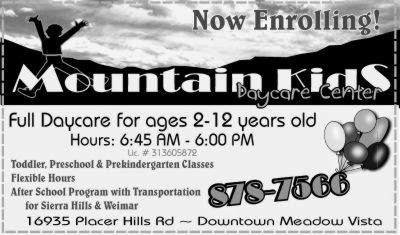 Consider it from this point of view. It is actually a good thing they want you to listen. You can understand that. You too want to be listened to when you have something to say, too, right?
When your partner says, 'Can't you clean up after yourselves', you say, 'Thank you for wanting a clean space'. Most likely, you'd like a somewhat clean space, too. You just don't want to be yelled at about it.
What the magical relationship tip does is it receives and acknowledges the good intention behind your partner's complaint or annoyance. Every complaint has a good intent behind it. The good intent behind, 'Do we have to talk about this now?', is to have easy conversation and just relax. That's a good thing, right? You'd like to have easy conversation and being relaxed, too.
Whatever complaint comes at you, say, 'Thank you for wanting ______.' And THEN you can begin communicating about how to take care of whatever it is they want. That's another skill for another time, but for now, just remember, receive and acknowledge the good intent in whatever your partner says.
You'll be amazed at how efficiently it diffuses the charged energy of irritation or frustration or even white-hot anger. And when you say, 'Thank you for wanting that', it helps you not take it personally and start defending yourself, or counter attacking (you already know where that's going to lead you).
Thank you for wanting that.
Posted by meadowvistaview at 11:16 AM